The next time I enter into a relationship, I know what my first living together question is going to be. It’s not “do you mind if I sleep in my own bed”? Nope. Nor is it “do you mind if I eat dinner in my office”? Nope. The first thing I need to know is whether or not she’s going to pre-rinse the silverware before dropping them in the sink.

I do the dishes around here and I do them manually, no dish-washing machine in this house! There is nothing worse than to find a knife with sticky peanut butter on it stuck down in a water glass in the hopes it will soak off. It just doesn’t happen. Or a fork with mysterious stuff embedded between the little prongs.

Ok, the reality is, I’m not going to be asking those questions of anyone. Tomorrow is Steph’s and my fifteenth anniversary (can you believe it), and if that’s my biggest beef I guess I might as well just deal with it and rinse them off myself…

And she’s a pretty cool grandmother: 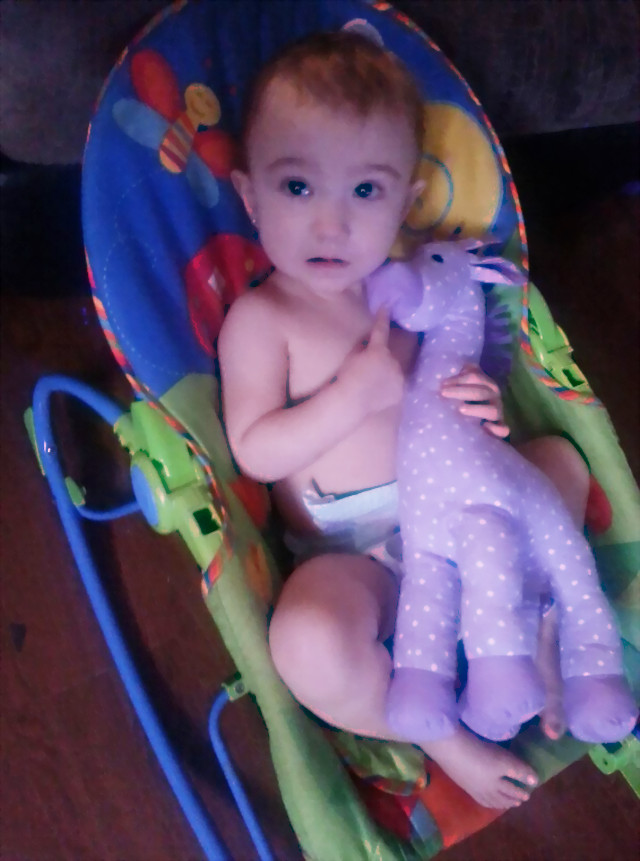 I took this short video on Christmas of baby Ethan practicing walking: 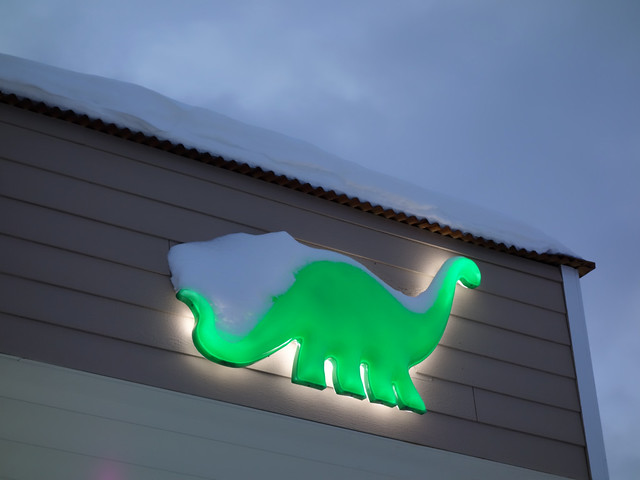 It was a fine family Christmas tonight at my sister’s house along with Brian Andrea and Annie, Dave Catherine and baby Ethan, Dave’s mom and sister, and New York Lizzie.

I captured 78 photos of the evening which you can see by clicking the one below, enjoy! 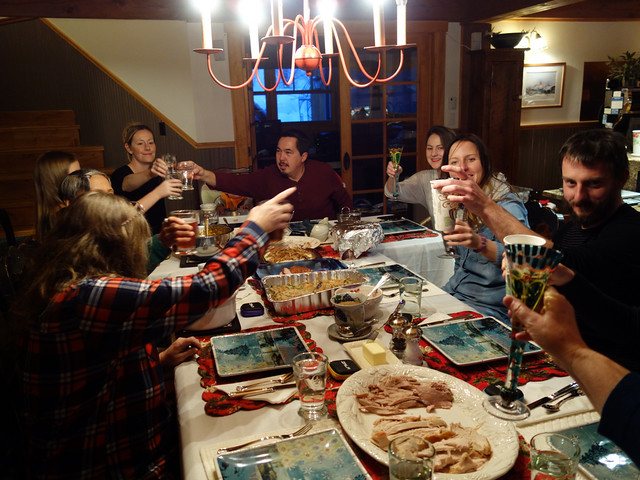 And, you can watch the slideshow here if you like.

Sisters from a different mister: 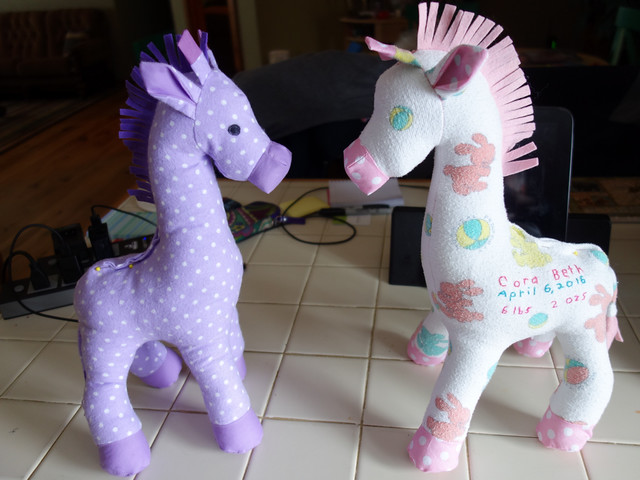 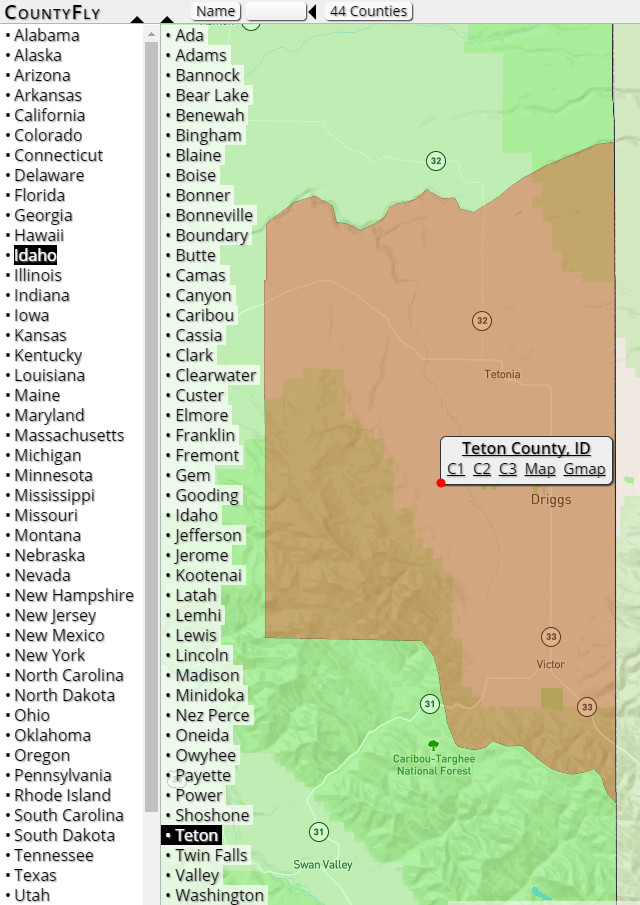 It’s been a weekend of projects around here. I’ve just wrapped up my new program StateFly, which is the most dynamic map program I’ve ever created, if I might say: 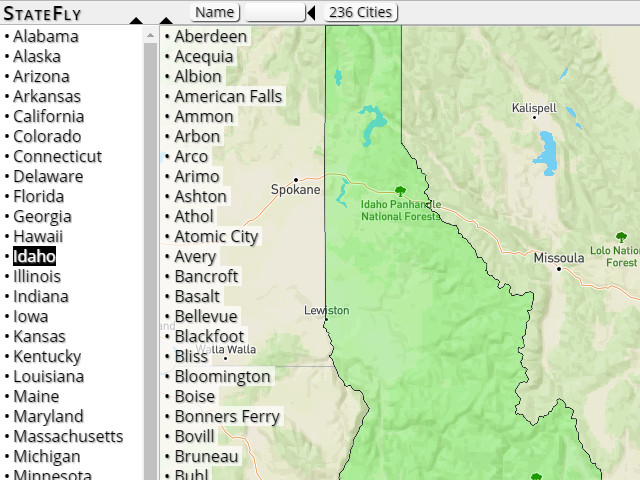 Meanwhile, Steph has been creating this amazing giraffe, from scratch: 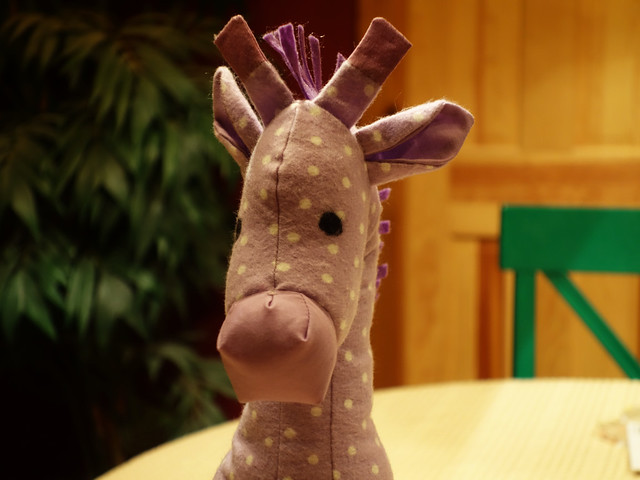 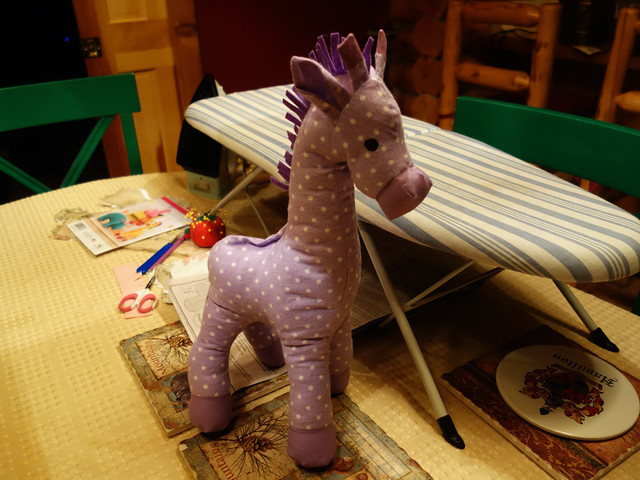 Steph noticed yesterday that a main support beam in our living room vaulted ceiling has a big crack running down it’s length. As I laid in bed last night hoping for visions of dancing sugar plum fairies all I could think about was the ramifications of our roof collapsing under the weight of wet heavy snow.

So I took the big long snow scraping tool out today and brought a bunch of snow down. While I was out there I noticed that some animal, either a moose or a deer, had walked through the yard to munch on a tree. Yea, I guess winter is finally here… 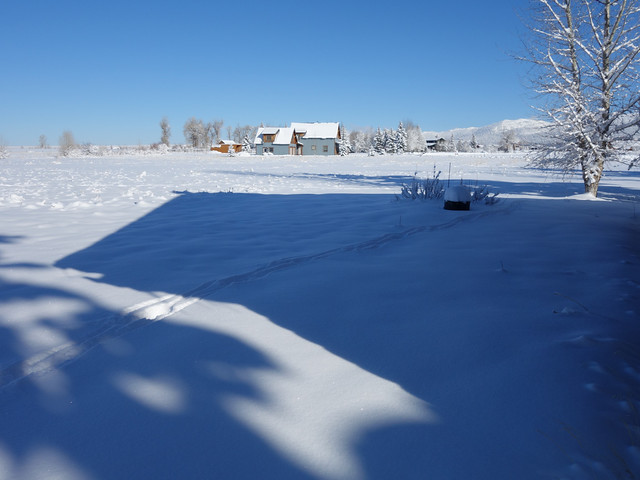 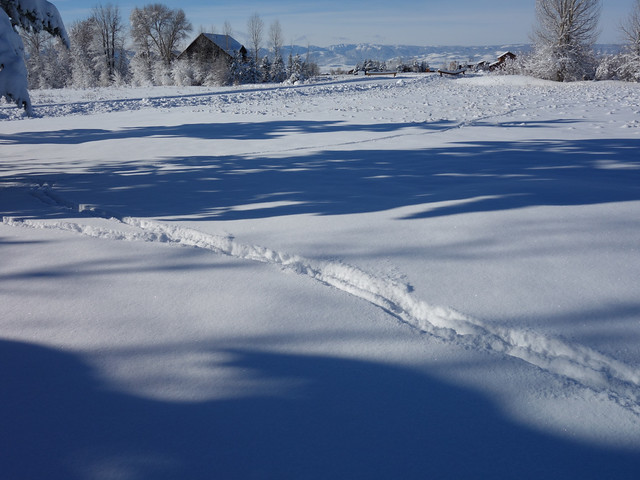 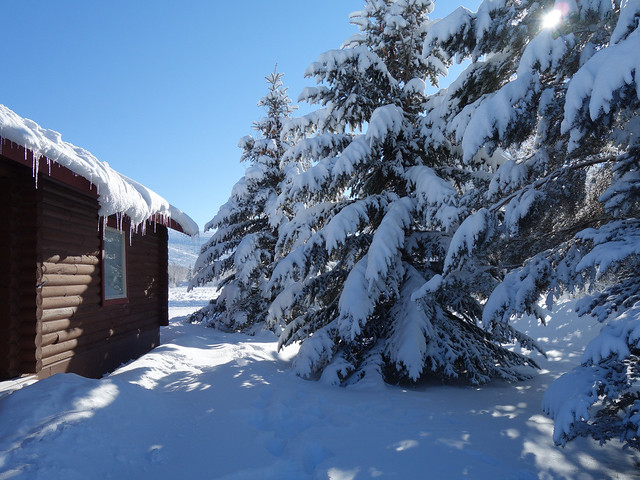 Update: It’s deer, had a whole bunch later on: 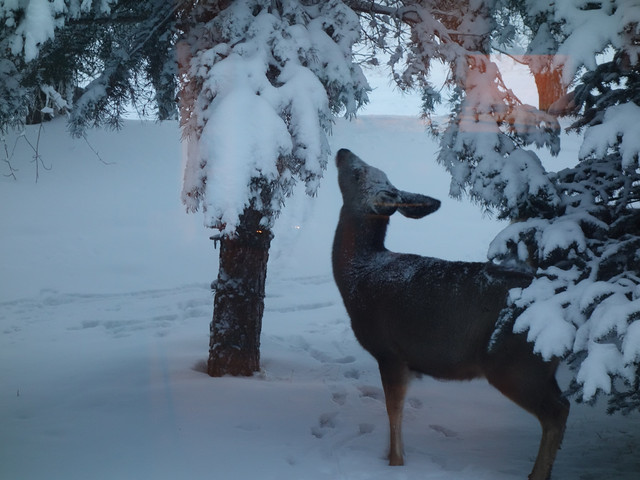 It was an interesting time here in the Valley today. A major storm was dumping on us and the roads were bogging down quickly after yesterday’s rain-snow mix. Around 1000 I went on break early and jumped in my truck and drove to Broulims to stock up on food when my dispatcher called me just as I was grabbing some eggs to inform me that TRPTA was shutting down service due to the storm.

She suggested that perhaps I could get my afternoon kids in Victor early and drive them home. I told her that was not such a good idea since I just transport those kids to the Community Center in Driggs every day and I had no idea where each one lived. Venturing off into unknown sideroads in whiteout conditions was not my idea of shutting down service, and she concurred, so we just told the school to have the parents come get them. I went back to the base, secured my bus and barely made it out of the lot and back through my driveway to home.

Tonight Steph took a snow shovel to the driveway which was plowed this morning right after we left for work. I think I’ll just hunker down this weekend… 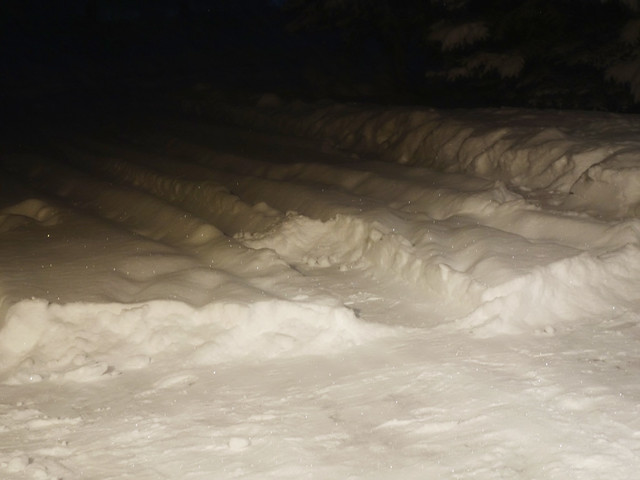 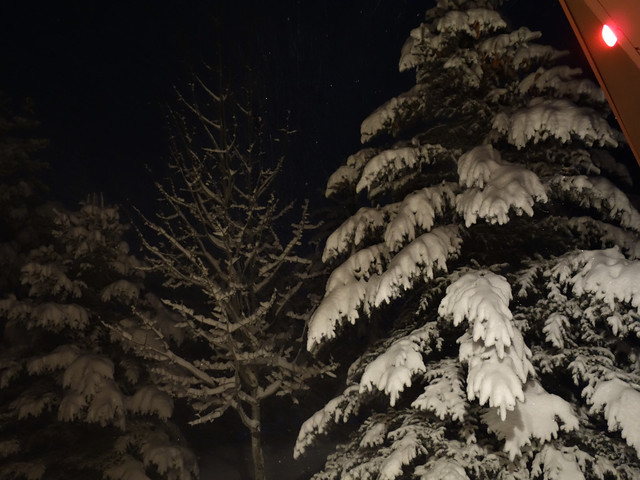 My main ride (802) went down this morning with rear light issues and I had to slide over into our backup bus, 845. This is an old friend of mine, I drove her for many years a few years back and I’m surprised to see just 130K miles.

I’ve been putting up with a lot of little issues with my big ol 802 (no am/fm radio, one camera out, rear heater out and the little knobby on my two-way antenna was lost to the cold some time ago), just so I could keep 16 seats up here (yesterday afternoon every seat had a kid in it), but I finally had to put her down for a rest when my brake lights and rear tail-lights went south. 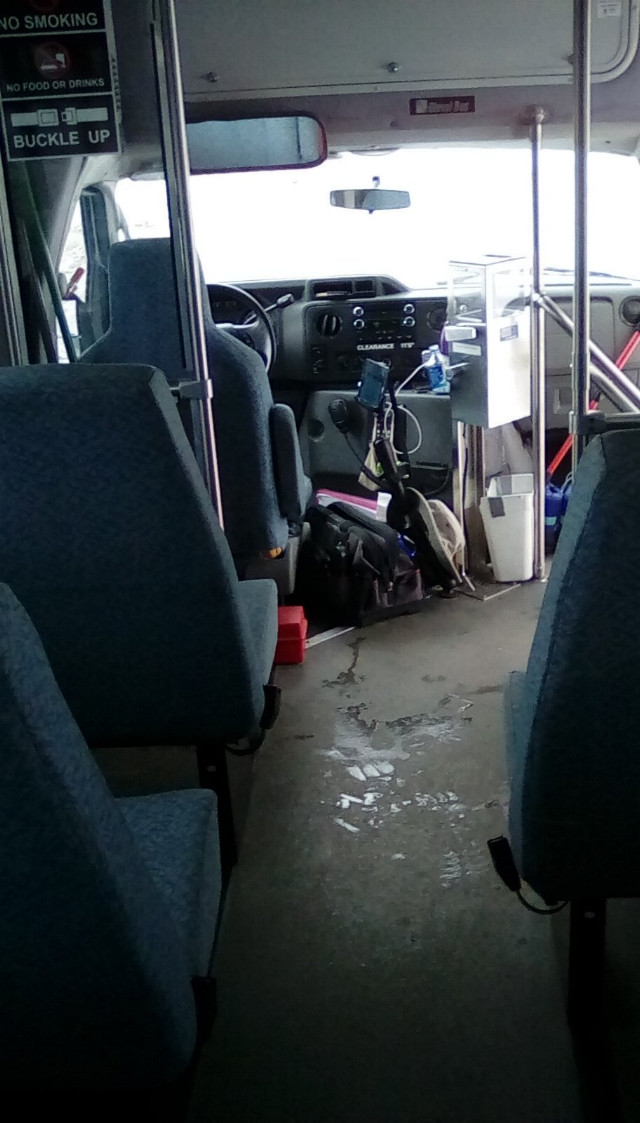 Sometimes family has to cross a continent to meet and bond with each other. Stephs older brother Butch and her grand-daughter Lily are a great example. 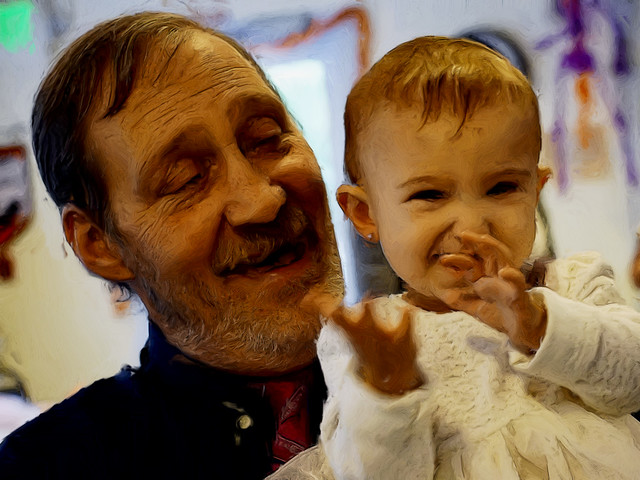 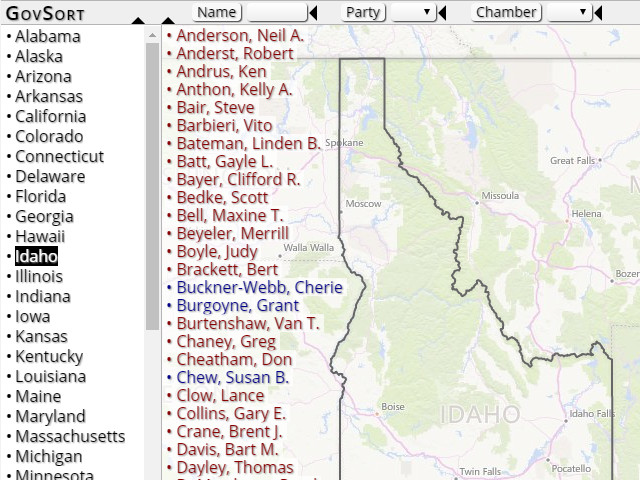 Steph turned 52 today. I know you’re not supposed to mention a woman’s age but I’ve always considered that to be politically incorrect bullshit, so there… Besides, she’s 18 years younger than me so that makes her a young heifer in my eyes.

She’s making out pretty good so far: Dave and Cat and Brian and Andrea dropped by with flowers, I gave her a new Fire HD tablet (with Prime), her sister sent a basket from Washington and my sister gave her an Amazon gift card to go with dinner out tonight. 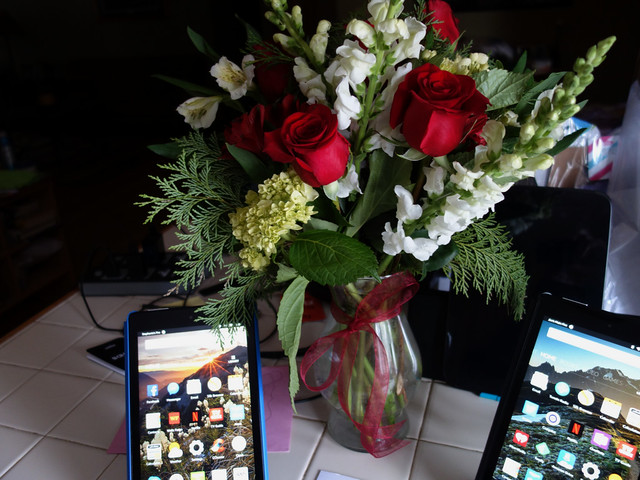 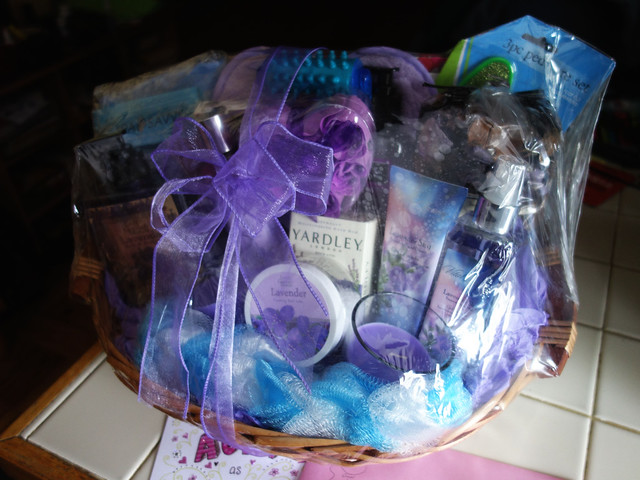 Ahhh, the saga of tetonpost. Just for the heck of it I recently looked back in time at my very first gmail email at tetonpost, in November of 2007. The signature link pointed to my current website at the time, tetonpost.com, which disappeared around 2008 due to a flaky relationship with a shady character named Harry.

Harry Hayes was a computer wheeler and dealer from Bellingham, WA whose claim to fame was taking over an up and coming Flash company from a bunch of naive geeks. I worked with him for a bit, saw his dungeon office and inhaled his cigarette smoke. He had a hosting service and provided me a free domain name for the new site I was starting after moving here to Teton Valley.

One day he dropped dead from a heart attack and I was never able to regain that domain, so when I saw the link in that first gmail, I clicked on it. Wow, it appeared it might be available again so I rushed to my web hosting site Bluehost, brought up the domain checker and there it was! They’ve got a sale going on so I reclaimed it once again for $7.99. I then whipped up some basic HTML5 and now it’s back: tetonpost.com.